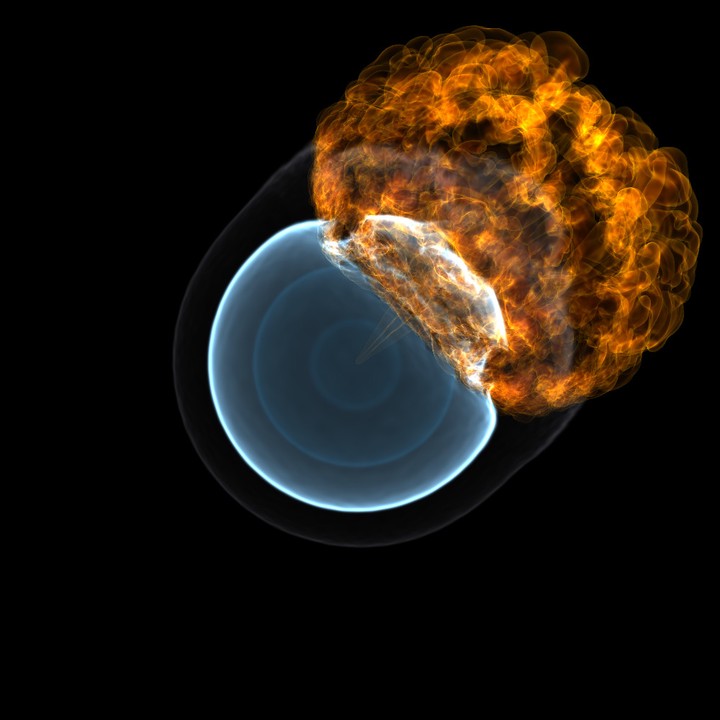 Binary Chandrasekhar-mass white dwarfs accreting mass from non-degenerate stellar companions through the single-degenerate channel have reigned for decades as the leading explanation of Type Ia supernovae. Yet, a coherent theoretical explanation has not yet emerged to explain the expected properties of the canonical near-Chandrasekhar-mass white dwarf model. Such near-Chandrasekhar-mass SNe Ia are preceded by a simmering phase within the convective core of the white dwarf, leading to the ignition of one or more flame bubbles scattered across the core. Consequently, near-Chandrasekhar-mass single-degenerate SNe Ia are inherently stochastic, and are expected to lead to a range of outcomes, from subluminous SN 2002cx-like events, to overluminous SN 1991T-like events. However, all prior simulations of the single-degenerate channel carried through the detonation phase have set the ignition points as free parameters. We place ignition points as predicted by {\it ab initio} models of the convective phase leading up to ignition, and follow through the detonation phase in fully three-dimensional simulations. Such study is motivated by ( Fisher & Jumper, 2015) who theorized that single-degenerate Type Ia supernovae are preferentially overluminous 1991T-like events: Once a hot spot arises that results in a deflagatory burning phase, such flame bubble will quickly buoyantly rise, so that the white dwarf only midly pre-expands and thus have a very high $^{56}$Ni yield.

We try to quantify such statements with state of the art three-dimensional simulations using the FLASH code. See here for recent results. 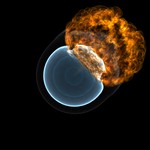