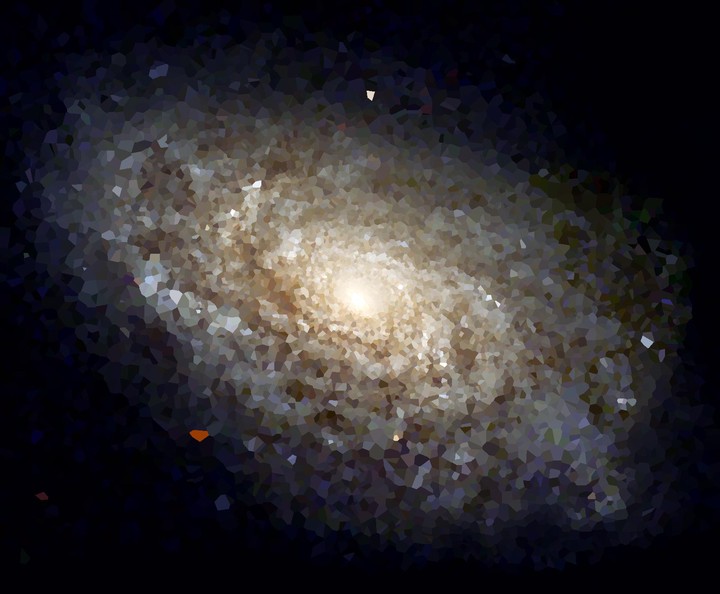 An increasing amount of astrophysical and cosmological simulations are carried out on a moving unstructed mesh defined by the Voronoi tessellation.

Lately, we expanded the priorly used code in Behrens et al., 2019 ( public version here) to work on such meshless structure. This will ensure the code’s relevance in the future and application to new simulations that would not have been able to be processed with prior code due to the larger memory requirement due to an intermediate interpolation step. First applications of the new code include IGM transmission and simulating individual LAEs.

Below are two impressions of the implemented Voronoi geometry: A video visualizing the geometry itself as seen by a simple raytracing and a projection of the Lyman-$\alpha$ photon contributions moving within such geometry.